Jeffrey Katzenberg, who has promoted multiple Disney animations and is also a co-founder and former CEO of DreamWorks Animation and is now the founder of new media technology company WndrCo, founded the short-film streaming service Quibienberg in 2018 and has been officially launched on April 6, US time, and has brought in former CEO of HP, Meg Whitman to lead it.

The Quibi name derives from the “Quick Bites” sound, which focuses on high-quality short-film content that is convenient for young viewers to watch on their mobile phones, and is considered a “short film version of Netflix.”

Thanks to founder Jeffrey Katzenberg’s personal background, Quibi has raised up to $1.8 billion from major Hollywood studios and several investors, including Disney, 21st Century Forth, NBC Universal, Sony Pictures, Warner Media, Liberty Global and Alibaba Group, while providing content for almost 10 minutes, in addition to being original, and featuring many Hollywood actors and stars. Use it in a short, easy way to watch from your phone.

In addition, due to the combination of mobile phone viewing mode, part of the fragmentwill will be filmed in a multi-angle form, so that users can change the angle through the mobile phone, you can quickly switch different perspectives, or through different role positions to present the plot content.

After the service went live, Quibi received mixed reviews, many people think that the film content is long and short, but also can not watch with relatives and friends more trouble, but some people also think that the length of the film to 10 minutes, and close to the mobile phone experience, quite in line with the majority of people today’s use of content habits.

Quibi’s own billing method has faced some criticism because even if it is paid $4.99 a month, it still sees ad content in the content and must pay $7.99 a month to completely remove the ad, meaning that even with paid viewing, Quibi still needs additional advertising revenue to balance spending on content production.

Quibi is currently available only in the US and offers free trials for the first three months, with plans to launch in overseas markets such as the UK in the future.

Read More
A recent video from Ghost gaming on Youtube leaked the latest version of PUBG mobile gaming which will set it’s a presence in September anytime soon. The most exciting game which took the gaming zone to other level …

Read More
Last month, tech leaker TUM_APISAK leaked UserBenchmark results of a 16 core AMD processor. As far as the specifications are concerned, the chipset is expected to come with AMD Threadripper 3000-series processors which is codenamed as Castle Peak. … 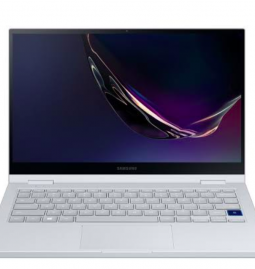