It is reported that Apple is now planning to launch a 12.9 inches iPad Pro model along with a number of notebook models by the end of 2020 that comes with Mini LED-backlit displays. The report claimed that Apple would also adopt Mini LED backlighting for “a few models of LCD monitors.” However, it is unclear if the reference is made to the iMac / iMac Pro or standalone displays. It is reported on Thursday by a renowned web journal, MacRumors and they have citied DigiTimes as their source.

It must be noted that one of the best Apple analyst Ming-Chi Kuo had earlier claimed that Apple is developing six products with Mini LED displays and they have also planned to release all of them by the end of 2021. Kuo also stated what the models are. According to Kuo, the six models are: 12.9 inches iPad Pro, 10.2 inches iPad, 7.9 inches iPad mini, 27 inches iMac Pro, 14 inches MacBook Pro, and 16 inches MacBook Pro models.

Kuo also revealed that he expects that Apple is going to release the new iPad Pro models with rear 3D sensing in the first half of 2020. In a research note with TF International Securities, Kuo said the iPad Pro models will gain 3D sensing through the rear-facing camera system.

Apple might be using a time of flight system that measures the time that it takes for light to bounce off of objects in a room to generate a 3D mapping. While these rumors are flying in the air, it is also being heard that the upcoming MacBooks that are going to come in the second half of this year might be 5G enabled. Reports suggest that Apple is considering using a ceramic material for the 5G antenna board in its upcoming MacBook.

Read More
Samsung is gearing to launch its Galaxy M30s and soon or later it got plans for Galaxy M10s too. The Samsung Galaxy M10s will be an upgraded version of Galaxy M10 which comes under affordable smartphone segments. To …

Read More
Recently, we have seen a lot of electric cars have been making their way to the market. The concept EV from Hyundai is the latest one. Hyundai’s new concept EV “Prophecy” comes with joysticks instead of a steering … 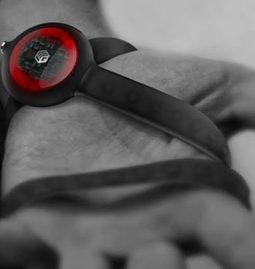 Read More
A Denmark based team has invented an electronic device that can turn your hand into a musical instrument. GripBeats is a versatile wearable musical device that you can tie around your hand and create music of your choice. …