Apple has redesigned Apple Maps and recently it has started rolling it out. The new updated Apple Maps come with a whole bunch of new features for US users. Apart from this, the update also comes with major improvements like better road coverage, improved navigation, and real-time transit details.

Just to let you know, Apple had announced the Look Around feature back in the WWDC event of 2019. Look Around was Apple’s take on street level imager which means it will offer a similar feature to that of what Google offers with its Google Maps Street View. Right now, Look Around supports only a handful of cities like that of New York City, San Francisco Bay Area, Los Angeles, Las Vegas, Houston, and Oahu. Apple announced that more and more cities will be added to Look Around.

Similarly, Collections lets Apple Maps users create and share lists of places on the map. For example, let us consider that you like visiting a particular place often so with this feature you can set it as your Favorite in order to get quick access.

Apart from this, the update also adds real-time transit details with proper transit schedules, live departure times, live arrival times, and current location of a particular vehicle. It should be noted that right now, this feature is limited to only a handful of cities like San Francisco Bay Area, Washington D.C., New York, Los Angeles, and Miami.

With this app, you will be able to share ETA with your loved ones, view flight status, indoor maps for airports and malls, 3D views for flyovers, and improved Siri voice guidance during navigation. Apple said that the company is looking forward to launching these features outside the US as well especially in Europe and expects that to happen within the coming months. 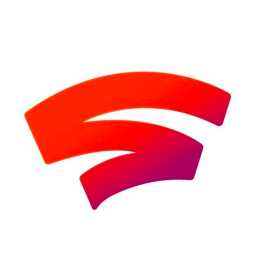 Read More
Google on Thursday acquired the Montreal based gaming company, Typhoon Studios, to improve their own game streaming platform Stadia Games. Typhoon Studio is quite young as of now with 26 employees. They were started almost three years ago …