Lately, we have seen that MediaTek has focused itself on giving a breathtaking competing to Qualcomm. Especially in the midrange smartphone market, this competition is more intensified between the two.

MediaTek has not yet spoken a word about the key specifications of Helio G70T chipset so far but it has discussed about Helio G70 quite frankly. It should be noted that even the official website of MediaTek shares no information regarding the Helio G70T chipset.

MediaTek said that Helio G70 chipset is especially aimed at mobile gamers and it brings game-centric features with it. The chipset comes powered by MediaTek HyperEngine Game Technology which is promises to gaming experience better on smartphones using the MediaTek Helio G70 SoC. Other key features include HyperEngine, which is the processor that not only takes care of the battery life by improving power efficiency but also handles CPU and GPU resource allocation more intelligently while gaming. 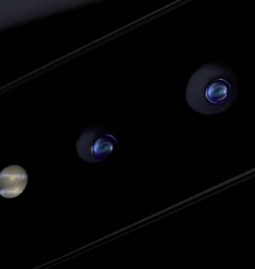 Read More
A few years ago, Microsoft launched the Airband Initiative project. The project was estimated to help as many as 2 million users in remote areas of the US. Now, Microsoft has made it official that they have collaborated …

Read More
Microsoft is moving closer to one billion device mark for Windows 10. The company revealed on September 24 through a tweet that Windows 10 is now running in more than 900 million devices. Microsoft achieved 800 million milestones …

Read More
Nubia is gearing up to launch its latest gaming smartphone, the Nubia Red Magic 3S an upgraded version of Red Magic 3S. Nubia has shared an invite poster at Weibo that confirms that the Red Magic 3S is …