During the event, Phil Spencer, the current executive vice-president of Gaming at Microsoft and the current head of Xbox brand revealed that the Xbox Scarlett console will come with as many as 15 Exclusive games.

He said “We’ve designed Xbox consoles to power your dreams. We see a future where you are instantly absorbed in your games. Where you are in the centre of your gaming experience. Next holiday, Xbox Series X will lead us into the future of console gaming. Our fastest, most powerful Xbox will set a new bar for performance, speed, and compatibility.”

Are independent artists doomed to be ripped off ?

It is recently discovered that Microsoft’s Xbox Scarlett promotional film drew on the idea of ​​a 2015 released independent game “Dry Lights” from ANTIVJ Studios. This 2015 ANTIVJ studio project “Dry Light” was made by Xavier Chassaing and senior composer Thomas Vaquie. It was for Sony PS4 platform.

As per reports, Microsoft has borrowed the visual effects of ANTIVJ sparks to illuminate the earth in its own video. In the video, it was showed that it optimizes technologies like dynamic light sources, ambient light obscurations, reflections, and shadows.

It is unclear whether Microsoft completed this work in the house or through a contract. Check out the official Microsoft’s Xbox X series promo, 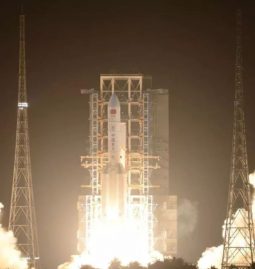 Read More
On Friday, China has launched one of the world’s most powerful rockets as a part of its ambitious plans for a mission to the Red Planet in 2020 and their hopes of having a crewed space station by …