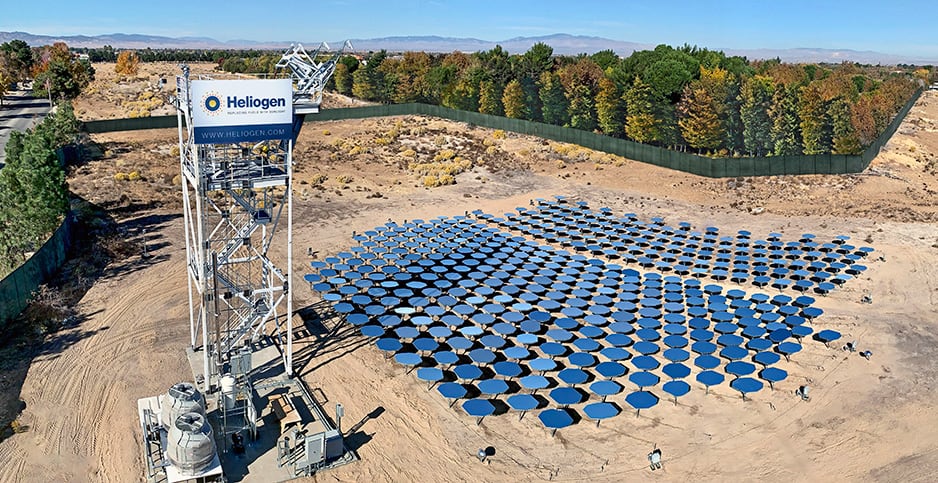 Heliogen, a clean energy-based company has invented a technology to concentrate solar energy to achieve temperatures of more than 1000 degrees celsius. This can be used to create and replace fuels for industrial purposes. At these temperature ranges, Heliogen can replace the fossil fuels used in industries, thus reducing the depletion of fossil fuels and also Carbon Dioxide emissions into the environment. They currently plan to implement this technology in industries producing Cement, petrochemicals, and steel.

Heliogen is a startup backed by Bill Gates, the co-founder of Microsoft and in his words “If we are going to get to zero carbon emission overall, we have a lot of inventing to do. I’m pleased to be an early backer of Bill Gross’s novel solar concentration technology. Its capacity to reach high temperatures required for these processes is a promising development in the quest to one-day replacing fossil fuels”. 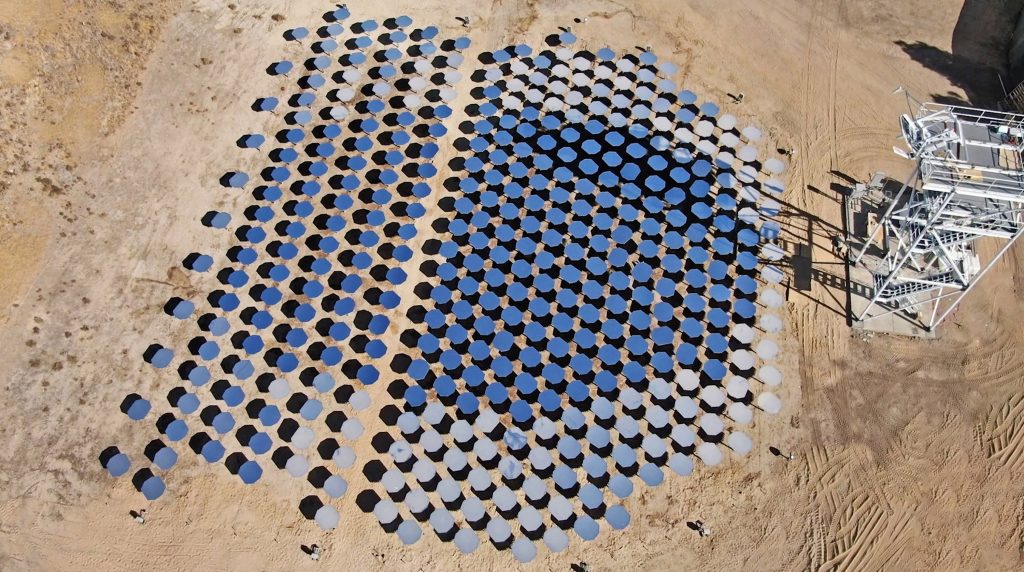 The technology which leads to the production of such a mass amount of heat is explained by Heliogen on their website. They have a patented closed-loop control system (AI) which direct the sunlight on to this AI-controlled array of mirrors. These are called Heliostats. The captured sunlight is equivalent to the light from 1200 suns is then directed to the tower and receiver which converts this into heat energy.

With this technology, according to Heliogen, the historically dirty processes like ore roasting, refining, sintering and calcining which are done in industries like cement, mining and refining can be made greener and avoid polluting the environment and depletion of fossil fuels.

The reason for this being a groundbreaking invention is that the usual solar power produced heat energy can give out only up to 545-degree Celsius of heat. This could only be used in small scale energy production such as electricity for residential and educational institutes. With Artificial Intelligence controlled mirrors, it is possible to get enough energy required for industrial and transportation purposes.

The founder and CEO Bill Gross said “ The world has a limited window to reduce greenhouse emission… with low cost, ultra high temperature processes, we have an opportunity to make meaningful contributions to solving the climate crisis”. He wants to scale up the business as soon as possible to reduce the damage done by burning of fossil fuels. Cement industry is the most suited for Heliogen’s technology because this industry alone contributes to 7% of total carbon dioxide emissions in the world.

Let us hope that such initiatives from entrepreneurs and inventors would save our planet from disasters caused by climate change and leave a beautiful and livable earth for our descendants.

Related Topics:
Up Next 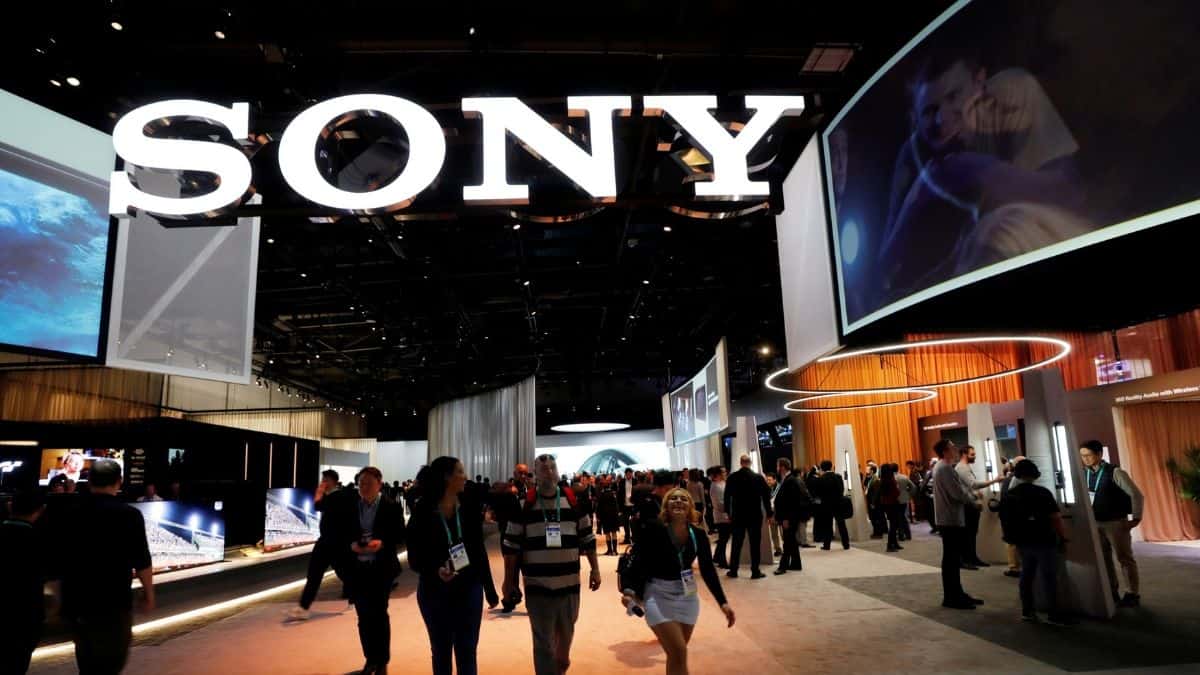 Sony, which is one of the most common names in the consumer electronics market worldwide, has decided to modify its brand name after 60 years from its last naming. The company will now be called “Sony Group” instead of just “Sony”.

The Tokyo based tech giant is the popular manufacturer of all consumer electronic devices including Smartphones, Games, Cameras. Camera sensors, vlogging accessories and electric cars. According to the reports, the new name will be adopted from next year onwards. 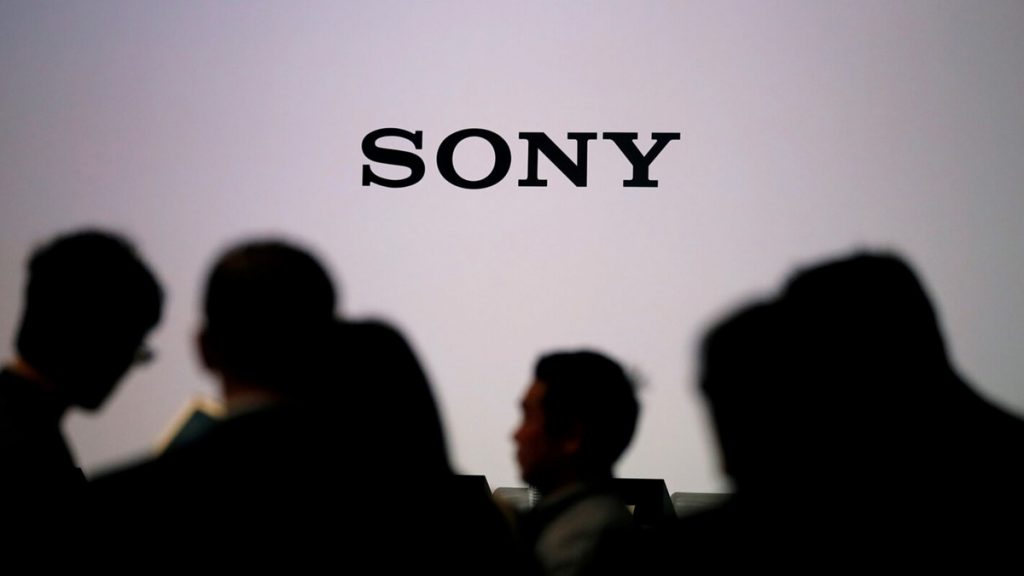 The final approval for changing the name by the shareholders were obtained after the recent annual shareholders meet. The CEO of Sony, Yoshida Kenichiro, stated that “We decided to rename the company to the Sony Group because we want to make full use of the diversity of our business portfolio to promote the development and evolution of the business”

Sony is a multinational conglomerate corporation that owns the largest music business, video game business and consumer electronics. It is the leading manufacturer of electronic goods and consumer electronics in the world market. Sony is headquartered in Tokyo, Japan and was founded in 1946 in the wake of world war 2. the company was named Tokyo Tsushin Kogyo, meaning Tokyo Telecommunications engineering corporation. They were the ones to build Japan’s first Tape recorder, Type-G. The name Sony was given to the company in 1958. 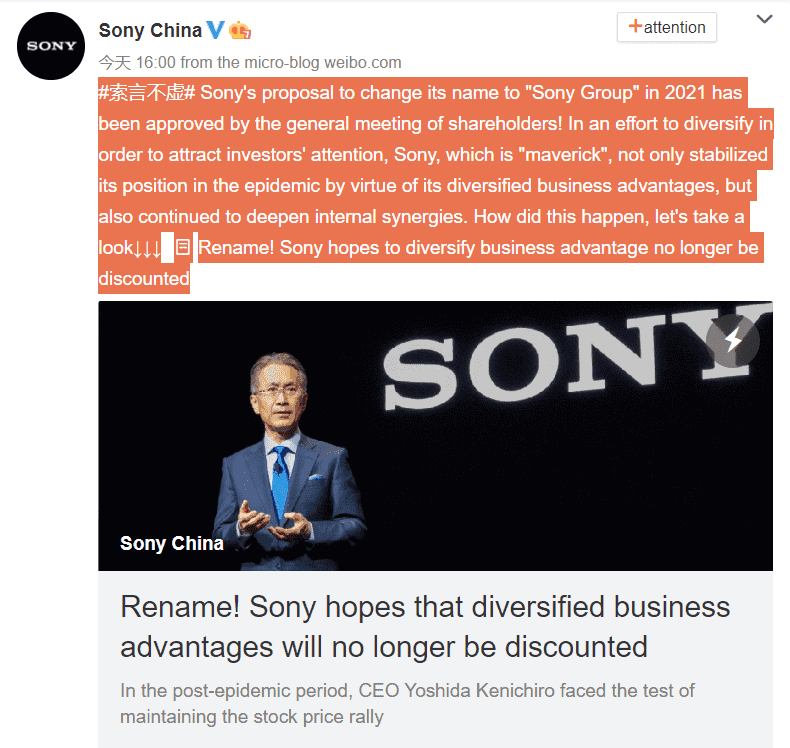 Naming the company “Sony” was a step towards making it a global brand. This was the dream of Shoda Morita, the co-founder of Sony.

It has been 60 years since the company was named as Sony and now the new name will be recognized as their future business brand. It is not actually a change in the name but just the addition of the word “ group” to the original name. This will supposedly diversify the business of the company more. Sony plans to adopt the name Sony Group from the next fiscal year starting April 2021. 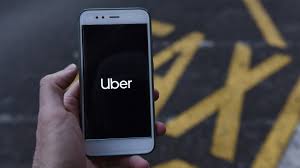 Uber has appointed another independent director to its board. This time it is Revathi Advaithi, the CEO of Flex. Uber’s board had agreed to expand from 11 members in the director board to 17, which was a part of series of new decisions by the company in the past year. It was decided that 5 seats in the board will go to the insiders of the company or rather the co-founders, five to the investors including SoftBank who gets two seats. The Chairperson of Uber will be one of the independent directors.

Flex is a 51 year old company that is a major electronics manufacturer and a major competitor for Foxconn Technology of Taiwan. Revathi Advaithi took over the position of CEO in Flex last year when Micheal McNamara, their long time CEO resigned to join Eclipse. Flex’s market shares had dropped by $10 last year and Advaithi was appointed afterwards. She had joined the company at a tough time and has done a good job since joining.

Revathi Advaithi is a Mechanical Engineer who was bought up in India and had begun her career in the United States decades ago, as a floor supervisor in Shawnee, Oklahoma. Afterwards, She worked in Honeywell for 6 years as the VP and then 10 years as the COO in Eaton overseeing the global electrical business. She was appointed as the CEO of Flex afterwards.

Flex, had the Chinese company Huawei as their biggest customer, to whom they used to provide services for smartphones and 5G base stations. They lost the business to Huawei after the United States government banned the U.S based companies from doing any business with Huawei, after it was deemed with security risks.

Arianna Huffington was the first woman in Uber’s director board who left last year for her own company. After her, Wan Ling Martello, CEO of Nestle was hired in the board of directors in 2017 followed by Mandy Ginsberg (former CEO, Match Group). Advaithi is the third woman in the current board of directors.

There have been mixed opinions about Uber’s decision on increasing the number of persons on the director board. According to Patric McGurn, who is the special counsel and head of strategic research and analysis at Institutional Shareholder Services, “Big boards can have problems reaching consensus,” he says. “Large boards typically end up delegating critical issues to committees. This can reduce the effectiveness of the board as a whole as directors rubber-stamp the committees’ decisions.” 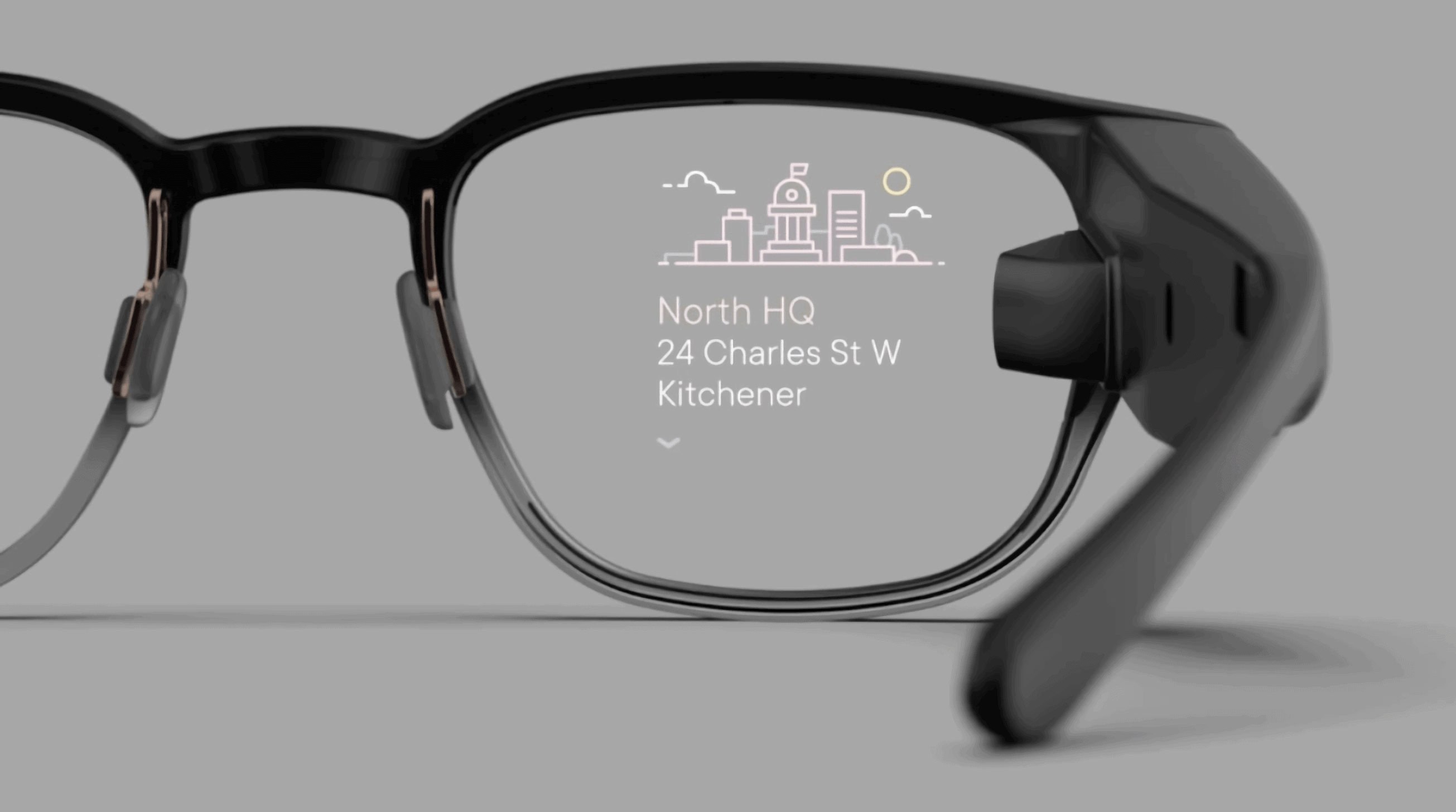 Google has acquired the Smart glasses company, North, which began its journey in 2012 with the name Thalmic Labs. The company updated their blog post on 30th June with the name North+Google announcing their acquisition by the technology giant. Google also has announced the same via a blog post.

The initial product was a gesture-based device called Myo which could convert neuro-muscular impulses into digital signals which can be recognized by computers. Later they started focusing on smart glasses with direct retinal projections and prescription compatibility.

In their blog post North’s co-founders Stephen Lake, Matthew Bailey and Aaron Grand has mentioned that “ Over the last while, it became clear that aligning with Google would significantly advance our shared vision. This acquisition is a terrific fit for North and, importantly, we’re staying here in Kitchener-Waterloo. We’re proud to have grown our company in the Kitchener-Waterloo region and are thankful for the tremendous support we’ve received from the community. We are looking forward to remaining in the region with Google.” 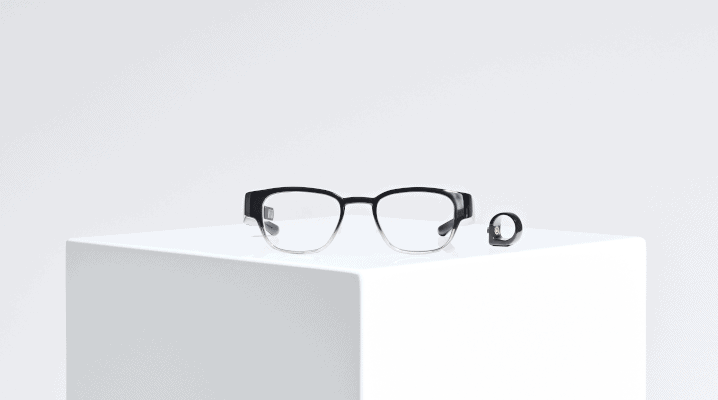 The blog post by Google authored by Rick Osterloh says that the key factor behind the deal is the rich technological foundation of North.

North had released their first-generation smart glasses Focals 1.0, which had attained a significant amount of media attention. This was the most consumer-friendly wearable glass computing interface ever launched.

They resemble the normal glasses but with larger arms to house the computing components and also could project a display on to one frame showing messages and navigation. They wanted to release Focals 2.0 this year but now, this idea may not be supported by google after the acquisition. 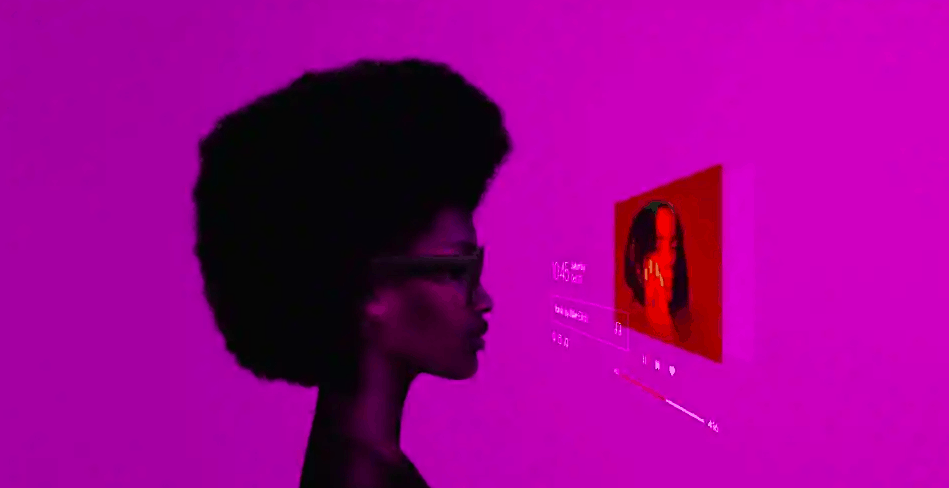 Major limitations faced by focals was that it could not be booked online and the customer should go to the location twice for fitting and then adjusting when their order was ready. They were very expensive and had few software limitations. The main issue was with Apple users because of the low access to Apple’s iMessage platform.

The total value of the acquisition is unknown for now. North had raised a funding of $200 million since its founding in 2012. The company has mailed their customers promising full refund for the focals which were ordered.