Yesterday, Xiaomi revealed in a teaser that Mi Note 10 will arrive soon and it will feature as many as five cameras on the back. Interestingly, this official teaser of Mi Note 10 came just a day after Xiaomi’s China unit began teasing the launch of Mi CC9 Pro.

Mi CC9 Pro and Mi Note 10 both are being touted as the next-generation camera phones that come with a 108-megapixel primary shooter. Some experts are considering that Mi CC9 Pro is the same smartphone that will launch as Mi Note 10 globally. It should also be considered that Xiaomi has already rebranded other Mi CC9 series handsets before launching them outside China. Moreover, Mi CC9 Pro and Mi Note 10 shares the same model number – M1910f4e. However, this information is not yet confirmed by the company. This is based on certification leaks.

The official Mi Note 10 teaser reveals that this is going to be the world’s first 108-megapixels Penta camera phone. Even though the company is yet to declare the launch date of the device, Mi CC9 Pro and Note 10 are essentially the same phones.

Note 10’s Penta camera setup will come with a 108-megapixels primary shooter, a 20-megapixel ultra wide-angle camera with 117-degrees field of view, a telephoto lens, a macro camera, and a 12-megapixel portrait shooter. The telephoto lens is said to be capable of 10x hybrid zoom and 50x digital zoom.

Some previous leaks convey that Mi Note 10 is supposed to be joined by Mi Note 10 Pro but as of now the company has kept silent over it. It is quite possible that we will only see the launch of Note 10 initially and Mi Note 10 Pro will join on a later date.

There are chances that Xiaomi may have plans to announce Mi CC9 pro only in China and Note 10 globally. Yet, we don’t have any confirmation about these! We have to wait for fr the official launch. 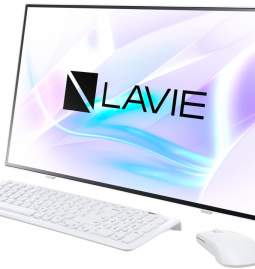 Read More
It is expected that Lenovo will unveil NEC branded PC products in the US market in the upcoming spring. In its first series of launch, Lenovo will come up with a LaVie Pro Mobile, a laptop with a …

Read More
Vivo already confirmed that it will be launching its new 5G flagship smartphone on 16th September. Adding to a series of leaks and rumors about the Vivo Nex 3 5G, today Vivo general product manager shared another info …

Read More
Today, Xiaomi made a new announcement with a poster that Mi Charge Turbo is coming soon. It seems Xiaomi is about to host an event on September 9 in China and on the same event the company got …