Today, Google launched the successor of the company’s wildly popular entry-level smart speaker, Home Mini, NestMini. More or less, it resembles its predecessor in terms of looks, but in terms of features, there is a list of internal upgradations.

Google, with this new speaker, improved not only the sound quality but also integrated a built-in machine learning that lets the device adapt power depending on usage. The built-in machine learning chip also makes way for faster responses. Other features include ultrasound for proximity detection, LED light, stereo sound, and the ability to pair two speakers for inexpensive stereo sound.

Moreover, these smart speakers can be used as an intercom and conferencing speaker, which means users will be able to call the device directly. Users should call smart speakers through Google Duo.

Previously, Google offered stereo sound only in its high-end Home Max speaker. Google added two LED lights to indicate where to tap to change the volume of the gadget. The two LEDs only light up when your hand is between 1 to 6 inches away from the speaker.

Google has added a wall mount in the smart speakers due to which users will be able to move the device from the shelf to the wall. In short, Nest Home Mini offers greater flexibility for in-home placement.

The company disclosed that the fabric covering of the Nest Mini is made using recycled bottles. This simply conveys the company’s increased focus and interest in sustainability. Statistically, the company decided to rely on 35% post-consumer plastic for the Nest Mini’s enclosure and make the speaker’s fabric cover out of 100% recycled old plastic bottles.

Nest Mini will be made available from 22nd October onwards. It will come with a price tag of 49 US $. It should be noted that the company has not changed the price with this model.

Read More
This month is pretty good for all gadget lovers – Back to Back new smartphones! Popular Chinese smartphone manufacturer Vivo has launched a new device named Vivo V17 Pro at a launch event in India. The newly launched …

Read More
Oppo just posted a teaser that reveals the launch details of Reno 2 Smartphone. It’s confirmed to launch and it’s coming first to India on August 28. This will be the successor of Reno 10x device launched back … 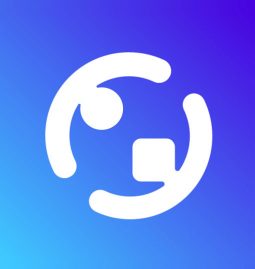 Read More
This is the second time that one of the country’s most popular messaging app, ToTok got removed from the Play Store for being alleged spyware deployed by the government of the United Arab Emirates (UAE). Last December, both …