For quite a while, various reports are surfacing regarding AMD’s upcoming graphics cards Navi 14 and Navi 12. Both are scheduled to be launched by the next month. Experts are considering that AMD Navi 14 line up will offer an alternative option to NVIDIA’s graphics cards in the range of $300.

As we already reported, NVIDIA GTX 1650Ti is also in the works. If this turns out to be true, then, NVIDIA manufactured GTX 1660 Super and GTX 1650Ti would directly compete with AMD’s offerings, Navi 12 and Navi 14 graphics cards that are set to launch in October. As of now, we only that GTX 1650Ti is going to come with the same architecture as that of GTX 1660 but offer GDDR6 memory.

It should be noted that apart from this, other specifications of both the NVIDIA’s graphics chips are more or less identical. GTX 1660 Super will use the TU116-300 die. Its other list of features includes 1408 CUDA cores, 80 TMUs, and 48 ROPs. The base and boost clock frequencies are yet to be disclosed but we can expect a small bump.

So far, NVIDIA used to offer an 8 GB/s GDDR5 memory so indeed, this is a big booster. The new memory offered is GDDR6 at the rate of 14GB/s. Eventually, it surpasses even GTX 1660Ti’s expected memory. GTX 1660Ti is rumored to come with a GDDR6 memory clocked at 12 GB/s die.

Moreover, the new GPU will use a 192-bit bus interface and a total bandwidth of 336 GB/s. 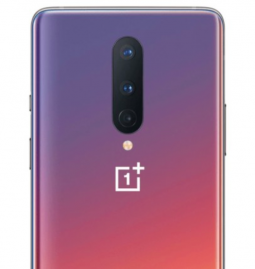 Read More
OnePlus 8 Pro, which is currently under fire for leaks, appeared again at Geekbench under codename IN2025. There is a partial technical specification. It includes a Snapdragon 865 processor and 12 GB of RAM. The whole thing works under …

Read More
Today, Xiaomi made a new announcement with a poster that Mi Charge Turbo is coming soon. It seems Xiaomi is about to host an event on September 9 in China and on the same event the company got …

Read More
MSI is a renowned company for manufacturing curvy LED heavy gaming monitors. It seems that now, the company also wants to bring a sleek no-frills monitor in its product list. MSI announced that its 34 inches Prestige PS341WU … 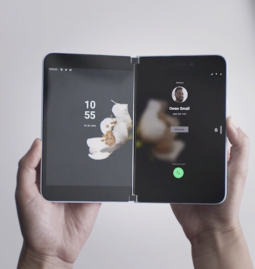 Read More
Microsoft’s folding device, Surface Duo was unveiled last October. It is released later this year. And the other day, a leak information of rough specs surfaced the web – 5.6 inch display × 2, tablet is a feeling …