To replicate the functionality of an augmented reality headset on an iPhone, STARTester app can switch in and out of the head-mounted mode for testing purposes. It is reported that there are two head-mounted states of testing: “worn” and “held.”

As per reports, there is an internal README file in the internal build of iOS 13 which describes a “StarBoard” system shell for stereo augmented reality enabled apps. MacRumors has dug deeper to extract some more information which uncovered several strings that are related to the so-called “StarBoard” mode that comes with reference to augmented reality as AR.

Moreover, the README file also suggests that Apple is developing an augmented reality device codenamed as Garta. It is possible that Garta is one of several prototypes under the T288 umbrella that Apple has under its sleeve.

Renowned individual tech analysts like Ming-Chi Kuo of TF International Securities and Mark Gurman of Bloomberg and analyst groups like CNET are claiming that Apple has a plan to release augmented reality glasses in 2020. So we can expect Apple AR glasses to be launched as early as 2020.

Back in November 2017, Mark Gurman reported that Apple is creating a next-generation headset that would run a custom iOS-based operating system dubbed as “rOS” where the “r” in “rOS” refers to nothing but augmented reality. 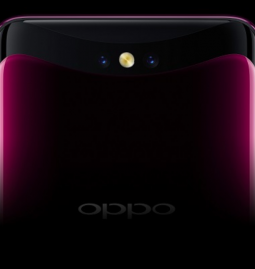 Read More
It was recently reported that a pair of OPPO smartphones, CPH2025 and CPH2023, have recently passed Thai NBTC certification. Interestingly, the NBTC database has itself confirmed that the above smartphones are none other than the much-awaited Find X2 …

Read More
Zendure is ant innovative brand which is churning out blockbusters one after another. Battery power has remained to be one of the key focuses of the company throughout the years. Zendure is renowned in the tech world for …

Read More
Lenovo has made it official that it is going to release its Y9000X notebook on 11th October this year. Now, an official has disclosed some key features of Lenovo Y9000X notebook. Some of them are vacuum liquid cooling …

Read More
Yesterday, Huawei launched Huawei Mate 30 Pro which is powered by the company’s very processor, Kirin 990. Now, it has been benchmarked in AnTuTu and the benchmark result shows its performance as “the highest scorer by a Kirin …