GamesBeat reported that Playtika, acquired Finnish mobile game publisher, Seriously. Playtika is an Israeli social casino gaming giant owned by a consortium of Chinese game companies. They further reported that both companies have confirmed them the deal but they are yet to comment regarding the price.

Seriously, the publisher of the Best Fiends is based in Helsinki. Best Fiends is a cartoon oriented mobile game which was launched back in 2014. This game has a daily active user base of 2 million gamers and it has been downloaded close to 100 million times till date.

The companies have only confirmed that run-rate for revenues since the beginning of the year is $100 million and now it is higher. It was approximately estimated that the price is worth $275 million.

By launching Best Fiends, Seriously took the strategy of Rovio. The strategy is to penetrate the game and the animated movie market simultaneously. Rovio is the maker of the Angry Birds mobile games and films. The all-star voice cast of the animated short film includes Mark Hamill of Star Wars fame.

The Best Fiends films were produced by Reel FX. Reel FX is known for creating The Book of Life.

In an exclusive interview with GamesBeat, Andrew Stalbow said: “They have really strong skill sets in technology, performance marketing, analytics, and live operations that are super impressive and these are areas where we’re looking to scale up.”

He further said “We bring some really strong products, creativity, experience with mass media marketing, and knowledge of the non-traditional channels of the mobile game industry. We felt it could be a good combination. Given that they already had so many tools that we were going to have to build anyway, it just felt like a really great opportunity for us to work with them.” 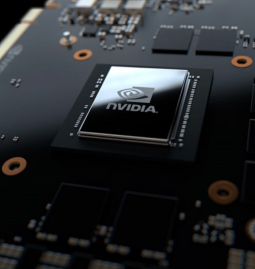 Read More
Technology has always been a man’s best friend. Though it has some perils, it is of great importance in our day to day life. Recently Google’s web mapping service, Google Map was able to locate the car with …