Yesterday, Realme’s upcoming flagship device called Realme 5 Pro spotted along with its specs on benchmark website site, Geekbench. Also, Realme Indian CEO already confirmed about its launch and he promised that pricing of Realme 5 and Realme 5 Pro device will be less than 10,000 INR. So today,  Realme 5 Pro hand-on image leaked and that give us more hints about the smartphone.

The leaked image of Realme 5 Pro also shows the design of the back panel. It looks like made of plastic-glass that gives a glossy look. As confirmed, we can see the quad-camera setup on the rear. Apart from this, the image doesn’t reveal any information.

As mentioned earlier, the Realme 5 Pro already listed on Geekbench. The Geekbench listing shows that the device with model number RMX1971 powered by the Snapdragon 710 processor coupled with 8GB of RAM. The Realme 5 Pro is equipped with a Quad Camera setup on the rear that includes 48MP primary sensor, a macro sensor and an ultra-wide camera and a depth sensor.

The Realme 5 and Realme 5 Pro is scheduled to launch in India on August 20. Let’s wait for a few days to experience the Realme’s quad beast. Sure it gonna directly compete with upcoming Oppo Reno 2. Share your thoughts in the comment section below!

Read More
Yesterday, South Korean tech giant Samsung has issued a notice on Twitter that conveys that the company is going to release a new Exynos processor, Exynos 9630. Today, Samsung has an event, 2019 Samsung Technology Day event so … 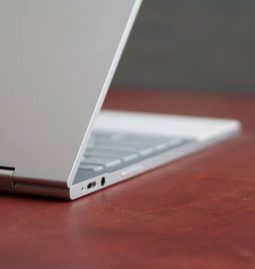 Read More
India’s well-known brand for its wearables, Noise has launched its new wireless earbuds named Shots X1 AIR in India. The company claims the Shots X1 AIR to be the smallest and lightest earbuds that weigh just 35 grams. …