Home
Hardware
AMD EPYC Rome launched with up to 64 cores, frequency up to 3.4GHz

AMD has already announced during the Ryzen 3 announcement that its latest Epyc chips codenamed ‘Rome’ 7nm CPU and finally it’s official now. Today, AMD has launched its new 7nm EPYC Rome processor with promising performance, higher core count ever out of AMD in the server space. AMD’s EPYC 7002 series will be AMD’s highest 64 core and 128 threads and has the highest frequency up to 3.4GHz. AMD going to take one step ahead and compete with the 14nm Intel’s Xeon processor.

The company claims, that developing a 7nm product is not that easy so AMD designed the AMD EPYC 7002 chip using higher density with more cores that resulting in an existing performance with efficiency. The 2nd generation AMD EPYC Rome lineup chip is designed to offer higher performance than its predecessor the EPYC Naples series which launched two years back.

The AMD 7nm EPYC 7002 series processor offers up to 64 cores “Zen 2” per socket and AMD used the Infinity Fabric architecture to connect these chipsets to each SoC. The 7nm Zen 2 core technology offers a more 15% IPC than the original Zen core allowing for denser compute capabilities with lower power consumption. The EPYC Rome processor uses 7nm CPU dies per socket coupled with a 14nm I/O dies, one I/O dies per 8 Zen 2 dies, 8 channels of memory and 128 PCLe 4.0 channels.

Talking about the pricing, the AMD EPYC Rome 7252 price starts from $475 and a single chip of the flagship EPYC 7742 will cost around $6,950. Check the below table for specs and prices. 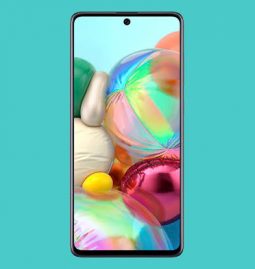