Apple, as we reported earlier, was in talks with Intel regarding its smartphone modem business. Now, that was just a rumour but it has now become official. Apple has announced that it is acquiring the smartphone modem business from Intel. This will mean that the company will be able to develop the modems in house. Also, it will mean that the 5G support for Apple products will come much sooner than expected. Because there were reports earlier regarding Apple’s 5G modem development being delayed.

As the reports suggested earlier, Apple has revealed that this deal would cost them $1 Billion. This includes all the patents from Intel on wireless smartphone technology as well. Therefore, Apple will hold 17,000 patents in wireless technology alone once the deal gets completed. Apple says that the deal should go through by the end of 2019 which will then depend on regulatory approval.

Announcing this deal, Apple’s SVP of hardware technologies, Johny Srouji, said the acquisition will “help expedite our development on future products and allow Apple to further differentiate moving forward.”. Also, this is seen as a big blow to Qualcomm which was previously the supplier of smartphone modems to Apple. However, both the companies have had many legal disputes which is also the reason of bad ties between them.

Thus, Apple has decided to acquire Intel’s smartphone modem business so as to drastically reduce its dependence on Qualcomm. Intel has said that it will still continue developing modems for PCs and Smart Home appliances.

Read More
Work in Progress conference was held by DropBox on Wednesday. The company announced many new product experiences and features. Drew Houston Chief Executive announced about the company’s future product and its strategy. The upcoming features will bring back … 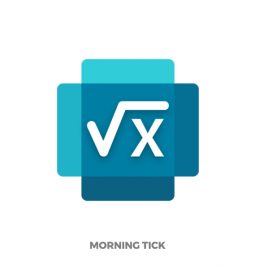 Read More
For quite a while, a lot of rumors are being heard about the company that they are currently preparing OnePlus 7T and 7T Pro variant. Now ahead of launch, OnePlus 7T Pro stock wallpapers leaked and we are …

Read More
In the last couple of years, reports of malware affecting Android devices have skyrocketed. Some of the remarkable malwares were Agent Smith malware, ZooPark malware, Skygofree malware, and so many others. Even some QR code apps were also …