Coming July 19th, Gear of War 5 will available for pre-downloads and for the technical test. So before that, the minimum specs for Gear of War 5 have been announced. It includes the basic recommendation of PC requirements to run the Gear of War 5 smoothly on your system.

The technical test is scheduled to run as two-weekend sessions and give access to 3 different modes. Ahead of that, the publishers have announced the basic requirement to run the game. The Coalition also shared “Recommended” and “Ideal” specs for the game.

Here’s what you’ll need to test the Gear of War 5,

In order to test the game, you need to subscribe Xbox Game Pass ultimate or Xbox Game Pass for PC. You can also preorder Gears 5 from the Windows store. The technical test was expected to run as two-weekend sessions from July 19th to 22nd and July 26th to July 29th from 10 am Pacific Time. – to access it, navigate to Windows store and search “Gears 5”.

That’s all about the Gears of War 5 PC Specifications! Happy gaming! 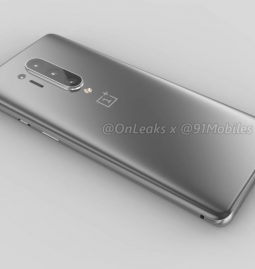 Read More
As soon as the annual MWC storm started to cool down a fresh new leak started claiming a render of the upcoming OnePlus 8 Pro along with confirming some previously rumored specifications. According to the latest industry insider …